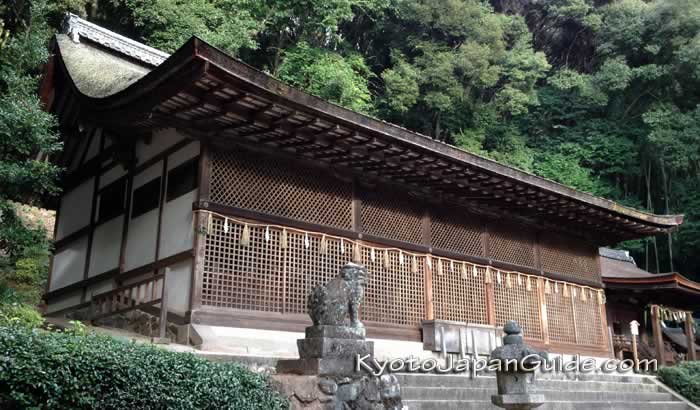 The town of Uji lies just south of Kyoto on the Ujigawa River. Though the town is small, it is home to two of the seventeen UNESCO World Cultural Heritage Sites. Ujigami-jinja Shrine sits among the trees on one side of the river, and Byodo-in Temple on the other. A visit to Uji to see these two world-class historical sites and walk along the Ujigawa river is worth the short trip outside of Kyoto and can be a very relaxing and rewarding time.

Ujigami-jinja Shrine was established in the late Heian Period. It is estimated that it was built around 1050. The Honden, or main building, has a unique design made up of three separate buildings all covered by one larger roof. It is a National Treasure and is said to be the oldest standing Shinto shrine in Japan. The deity for this shrine is housed in the Honden. 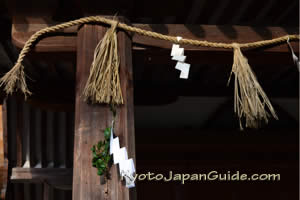 The Haiden hall is also extremely old and of an interesting design. It was constructed during the Kamakura Period and resembles a residential dwelling. It is older than all other standing Shinto shrine halls in Japan.

Next to Ujigami-jinja is another site worth seeing on a trip to Uji. Uji-jinja is larger than Ujigami-jinja and is also worth a visit. The two shrines were originally part of the same shrine that was established to protect Byodo-in on the other side of the river. The two shrines were separated by a government ruling that separated many shrines and temples in the Kyoto area in the early 1800s.

The main Honden building at Ujigami-jinja is covered and closed for maintenance from January 2013 to December 2014. 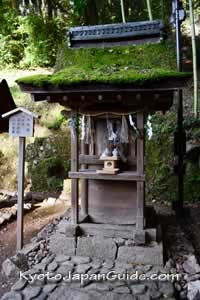