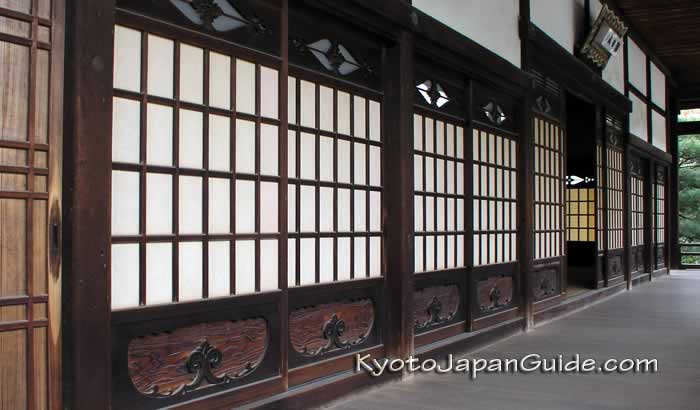 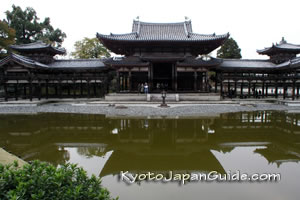 The Ho-o-do (Phoenix Hall), the main temple hall, is built in a shape reminiscent of a bird, the mythical phoenix. Two bronze phoenix sculptures sit on its rooftop. Attached to the sides of the main hall are two wing-like structures, and a smaller tail-like section extends towards the back. It sits facing a pond, which reflects the bird-like image of the expansive, open structure.

The temple was first built as a villa for Minamoto no Shigenobu, a governmental minister, in 998. In 1052, Byodo-In became a Buddhist temple. The original site had many more buildings than can be seen today. Most of the buildings were destroyed by fire in a war in 1336. The Ho-o-do was the only building to survive the fire that is still standing, today. It is one of the oldest examples of Heian architecture in Kyoto.

Inside the Ho-o-do is a three-meter tall, sitting Buddha statue, the Amida-Nyorai Buddha, made from cypress wood covered with gold leaf. The statue itself is a National Treasure. A modern museum building holds many National Treasures. 52 wooden Bodhisattva statues can be seen there, along with other artifacts from the temple. 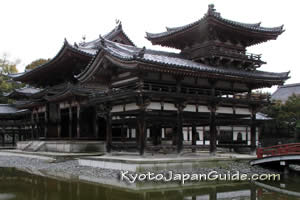 Getting to Byodo-In Temple