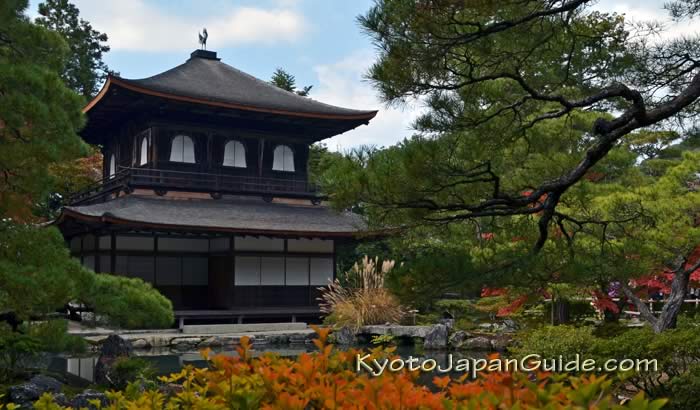 Ginkaku-ji Temple was built as a retreat for the shogun Ashikaga Yoshimasa. After he retired, he became a Buddhist monk in 1485. The villa later became a Zen temple after he died in 1490, as he had requested. 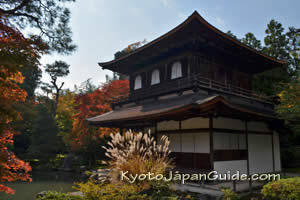 The story may sound familiar to temple visitors in Kyoto. Ashikaga Yoshimasa’s grandfather, Ashikaga Yoshimitsu, built Kinkaku-ji as a retreat years earlier, and he too had it converted to a Zen temple after his death.

Ginkaku-ji was built in a similar style to Kinkaku-ji. The name Silver Pavillion comes from Ashikaga Yoshimasa’s plans to cover the pavilion with silver foil. The temple avoided the fires of the Onin War that destroyed most of Kyoto, but construction stopped during the war. Ashikaga was not able to complete this part of his construction plan.

Many years after his death, the temple was painted in black lacquer. When it was renovated in 2008, it was left unpainted, which is the way that Ashikaga Yoshimasa would have experienced the temple.

The highlight of the Ginkaku-ji Temple grounds are the peaceful gardens. Near the entrance to the temple grounds is a stone garden with raked sand and a sand mount that is said to enhance viewing of the full moon in autumn. 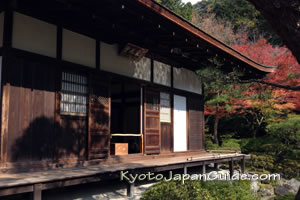 Further into the property is an extensive terraced garden. The lower level contains a large pond surrounded by a walking path among trees, moss, and a wide variety of beautiful plants. The upper level has a viewpoint where you can see the lower gardens and the Pavilion below, with Kyoto City in the background.

Ginkaku-ji is one of Kyoto’s most famous temples and worth a visit for the relaxing stroll through the beautiful gardens.

Getting to Ginkaku-ji Temple

From Nanzneji (40 minutes)
Via the Philosopher’s Trail